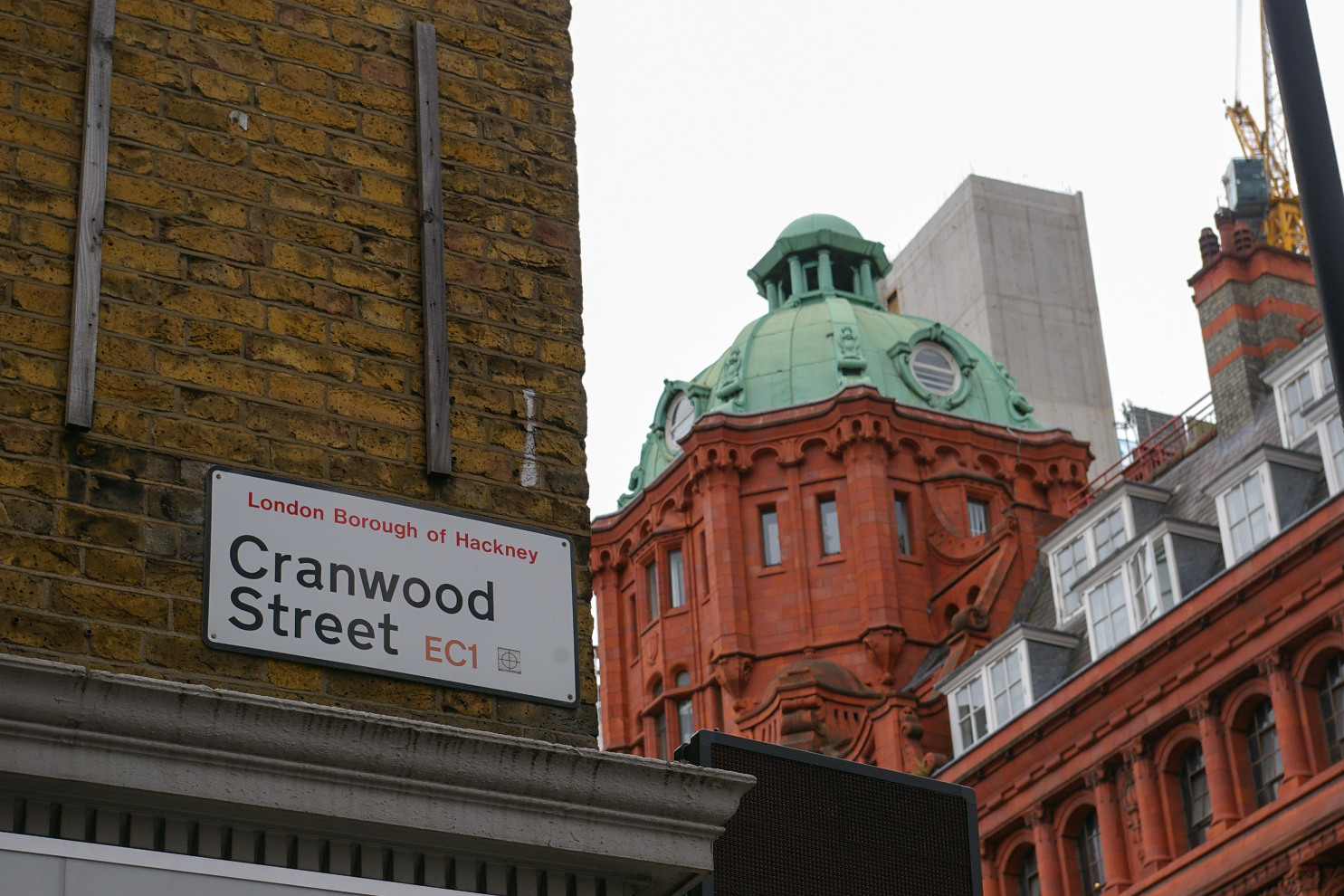 The Keats family lived at 12 Craven Street (now Cranwood Street), off City Road in Shoreditch, when Keats was a child. There is now nothing to see but modern offices and apartment buildings.

Keats’ parents, Thomas and Frances Keats, lived at the Swan and Hoop Livery Stables in Moorgate when they were first married, and it is assumed that’s where Keats was born in 1795.

By 1797, however, the young family were living in their own home at 12 Craven Street in Shoreditch, while Thomas rode (or walked) to work at the Swan and Hoop each day. Keats’ three younger brothers were born in Shoreditch, and the youngest, Edward, died there while still a child.

In Keats’ time Craven Street was on the outskirts of London, and there were fields immediately to the north. A map of 1799 shows “Mr Champion’s Vinegar Manufactory” just to the south of the Craven Street houses.

After about five years, in 1802, the Keats family returned to live at the Swan and Hoop, to take over the business from maternal grandparents John and Alice Jennings on their retirement.

I haven’t found any specific dates on the handover of the business or the family move. However, the Bunhill Fields burial register records that Edward was “brought from Craven Street City Road” for burial on 9 December 1802.

I am not sure of the history of this street. Today, there is nothing left that Keats would recognise. The ‘odd’ side of the street is now all modern office buildings, and the ‘even’ side is residential – but the apartment buildings date to after his time.

Also, the map of 1799 indicates a row of terrace houses in Keats’ time, while the current apartments are split up into various blocks – so there is no longer a “Number 12” to find.

There isn’t even a plaque to see. This is one for the completists!