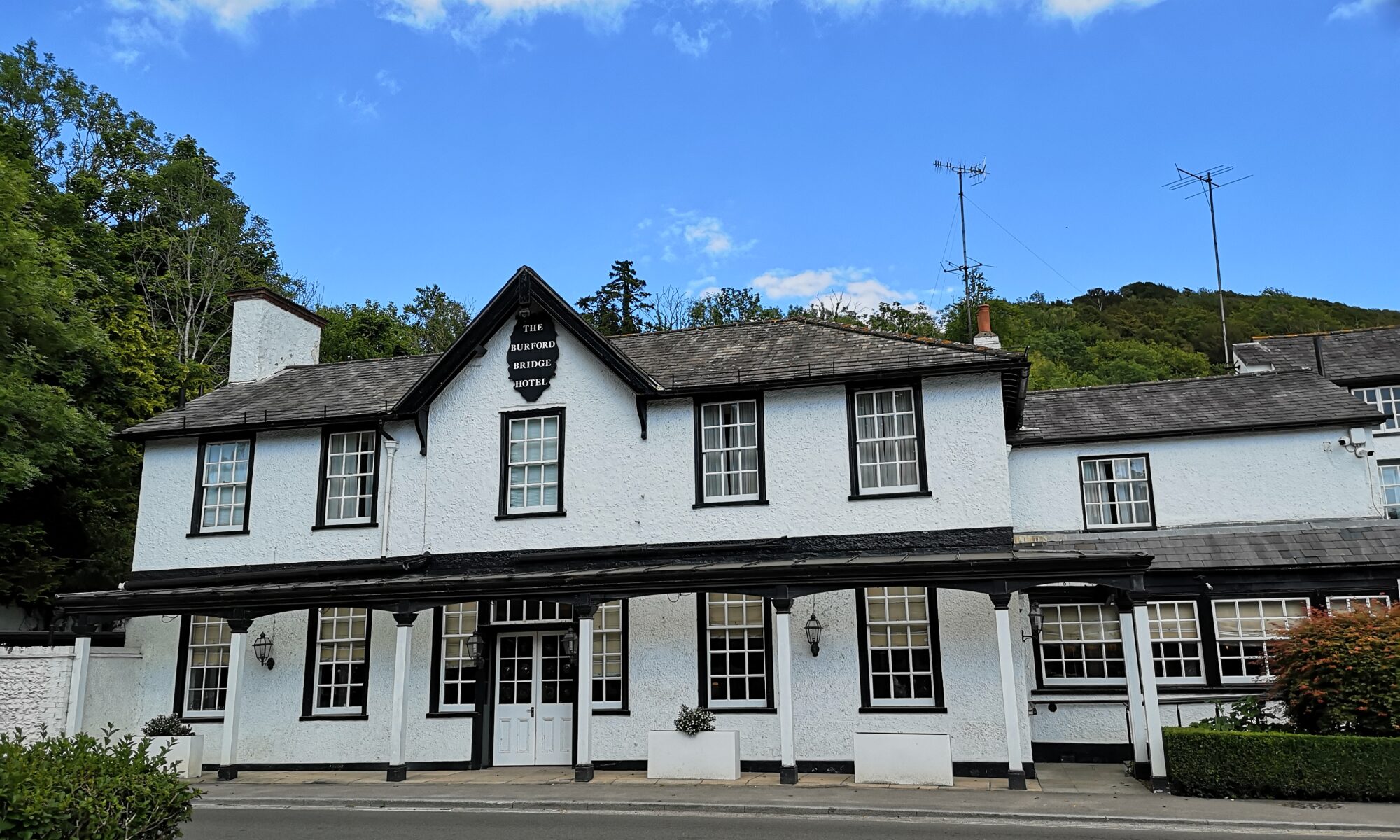 John Keats stayed at the Fox and Hounds (now the Burford Bridge Hotel) at the foot of Box Hill while finishing his poem “Endymion”.

Keats needed to write another 500 lines to finish his epic poem “Endymion”, and at the time London was both boring and too distracting. His brothers Tom and George planned to travel to Teignmouth in Devon for the sake of Tom’s health. In the meantime, John travelled alone to Burford Bridge, near Dorking in Surrey.

He seems to have been immediately invigorated by the lovely location. In his biography of Keats, Andrew Motion tells us:

When [Keats] climbed down from the Portsmouth coach on the evening of Saturday 22 November [1817], he immediately liked what he saw: a low, white-washed building fronted with a row of elms; the river Mole winding nearby; woodland stretching to the horizon. Renting a small room overlooking the stable yard, he climbed the twilit hill – Box Hill – beyond the garden, then returned to write ‘some lines’, and letters to Reynolds and Bailey.

I am not sure where Motion got the information about Keats’ room overlooking the stable yard (and I don’t know where the yard was, though one assumes at the side or rear of the inn). Having dug around in plans and reports and whatnot, I can say that the inn was considerably smaller than it is now. All kinds of extensions have been added over the years, and the original building(s) have been almost swallowed up.

But back to Keats himself. The letters mentioned by Motion include some of Keats’ most moving and significant thoughts. The letter to Bailey includes the lines:

I am certain of nothing but of the holiness of the Heart’s affections, and the truth of Imagination. What the Imagination seizes as Beauty must be truth — whether it existed before or not — for I have the same idea of all our passions as of Love: they are all, in their sublime, creative of essential Beauty.

In the letter to Reynolds, he seems bubbling over with happiness at being where he is. His twilit hunt for the Moon was particularly relevant, as she was both his muse and Endymion’s love.

I like this place very much. There is Hill and Dale and a little River. I went up Box hill this Evening after the Moon — ‘you a’ seen the Moon’— came down, and wrote some lines.

To Reynolds he talks of “the fine point of his soul”, which I borrowed as a title for my novel on Keats’ last months:

… why don’t you, as I do, look unconcerned at what may be called more particularly Heart-vexations? They never surprise me — lord! a man should have the fine point of his soul taken off to become fit for this world.

Keats did indeed finish off his poem “Endymion” while staying in Burford Bridge – and he must have written at a great rate, as he finished the first draft on 28 November, less than a week after he arrived.

He was back in Hampstead, London by 5 December.

Before and In Between

This beautiful area has attracted many visitors, including some of note. Jane Austen visited friends who lived near Burford Bridge, and crafted a key scene of her novel Emma (1816) around a picnic on Box Hill. Apparently Admiral Lord Horatio Nelson and Emma, Lady Hamilton stayed in the hotel itself, and it is claimed that Nelson spent his last night in England here.

Burford Bridge Hotel is now a four-star hotel owned by the Mercure chain. Suffice to say, I suspect Keats would hardly recognise it!

I am pretty sure that if you’re staying in rooms 200-207, you’ll be in the part of the hotel that Keats would have known. More detail than that I cannot provide!

Severe flooding in December 2013 brought forward the hotel’s renovation plans, and they made the most of their literary heritage. A quote from Austen’s Emma now adorns a wall in the restaurant, and two chairs in the foyer are upholstered with lines from Keats’ “Endymion”.