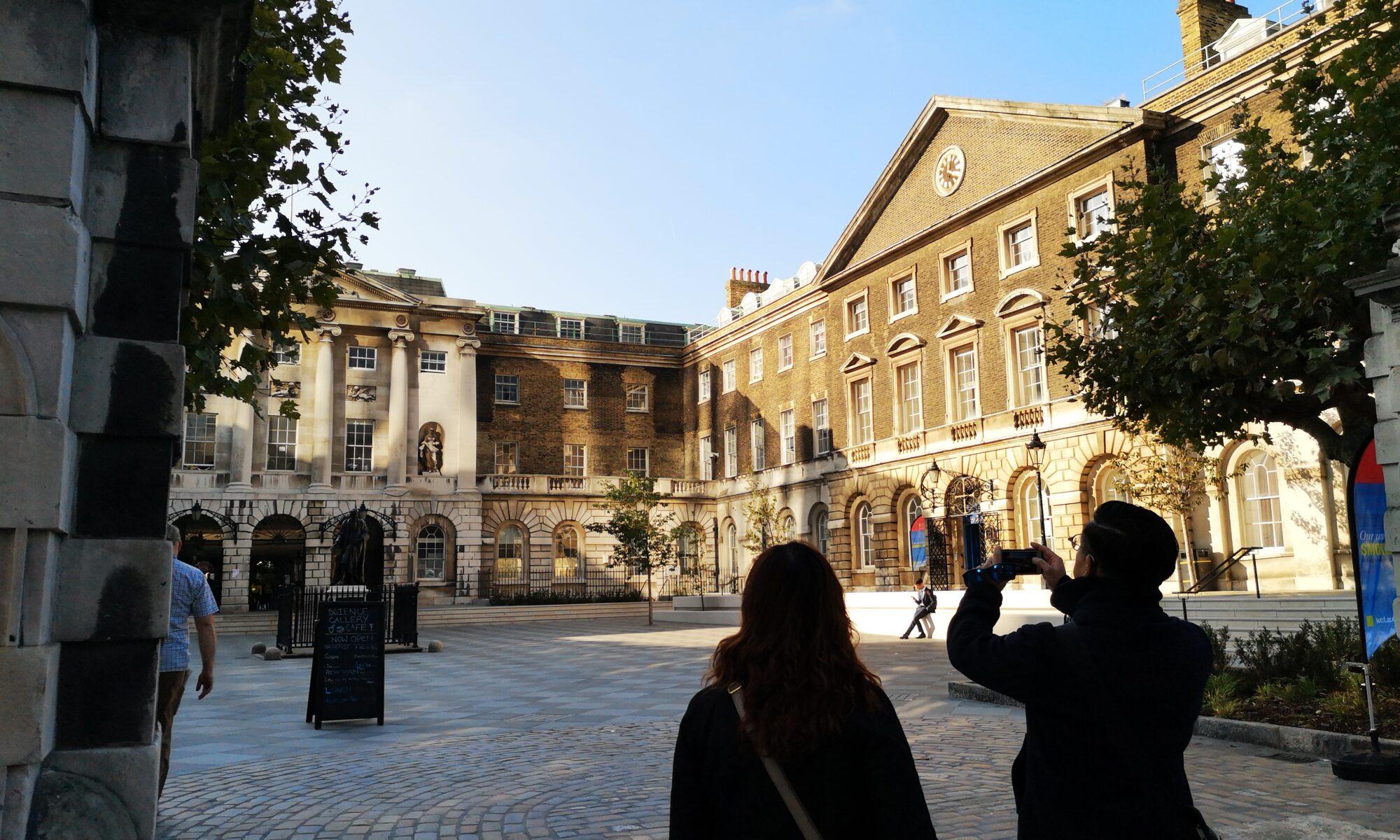 John Keats studied medicine at Guy’s Hospital and qualified as an apothecary.

Keats completed his medical apprenticeship with Thomas Hammond, a doctor in Edmonton, in mid 1815. He then began studying as an apothecary-surgeon at Guy’s Hospital in Southwark, London. Guy’s Hospital was (and still is) a teaching hospital, associated with St Thomas’ Hospital.

Keats registered at Guy’s as a surgical student on 1 October 1815, and began working and studying there on 15 October. He qualified as an apothecary, but ended up deciding to quit medicine in late 1816, without becoming eligible to qualify as a surgeon.

The courtyard entrance to Guy’s Hospital would still look very familiar to Keats, especially now it is pedestrian only (it used to be a car park).

If you walk across the courtyard and through the further colonnade, you’ll find two more squares opening up to either side. On the left, there is a statue of Keats himself, by Stuart Williamson, installed in 2007. I have sat there in the little shelter a few times, in search of peace.