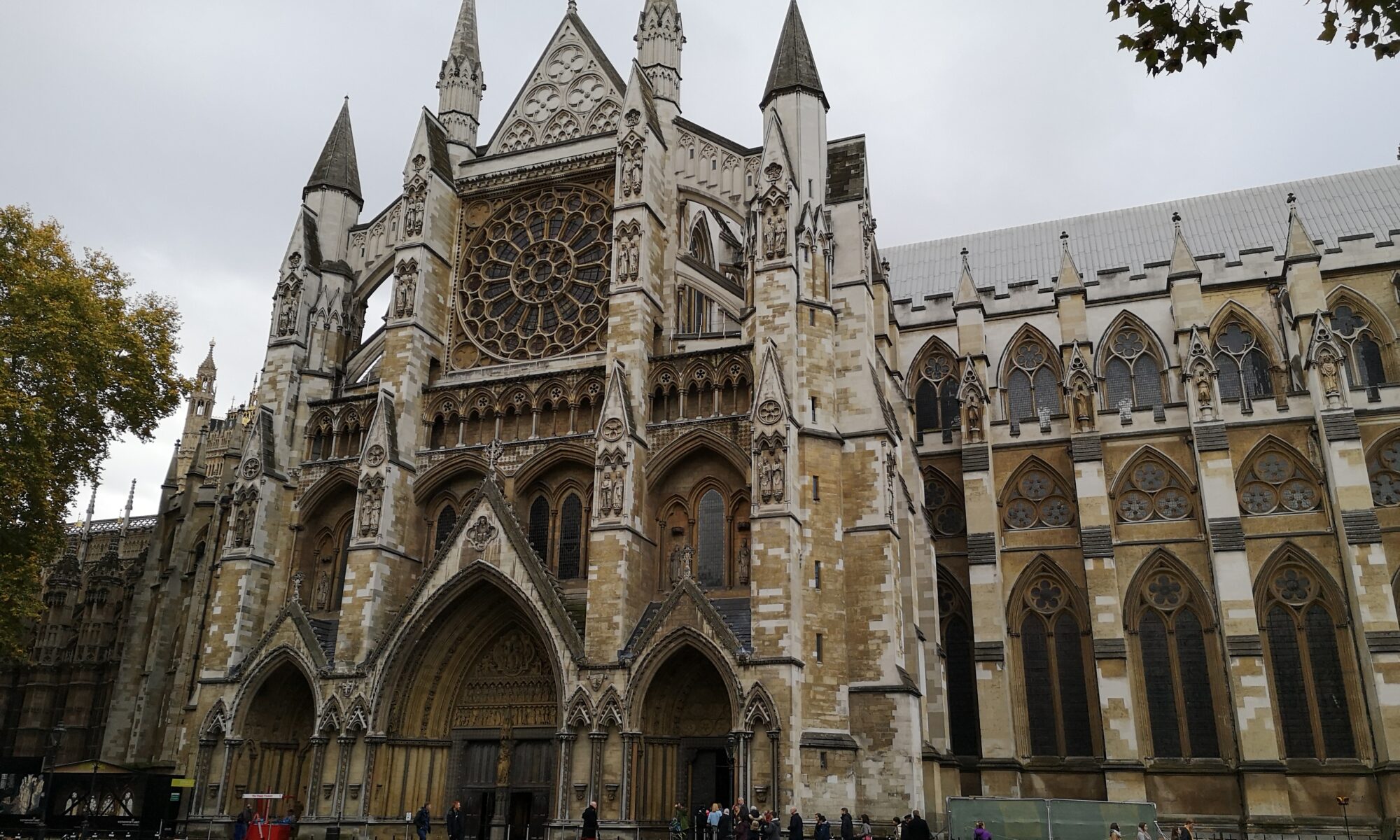 Westminster Abbey is a significant and central part of British history, and its Poets’ Corner includes a memorial to Keats.

A monastic community was established in this location in c.960, with a stone church named St Peter’s Abbey being built by King Edward and completed in c.1065. Edward was buried there not long afterwards in 1066, and on his canonisation the site became a place of pilgrimage. St Peter’s and the adjacent Palace of Westminster are depicted on the Bayeux Tapestry.

The current church dates back to the 13th century and King Henry III.

Many of Britain’s royals are buried in the Abbey. It has been used for coronations since 1066, and also for many royal weddings.

Poets’ Corner began haphazardly. Chaucer was buried elsewhere in the Abbey in 1400, due to his place in the royal household rather than his reputation as a poet. In 1556, fellow poet Nicholas Brigham installed a marble tomb for Chaucer in the Abbey’s south transept, and had his bones moved there. Edmund Spenser was interred near Chaucer, as he wanted, in 1598.

From there, burials and memorials accumulated. Over 100 poets, dramatists and prose writers are now buried there, with memorials to many others who are interred elsewhere. The name “Poets’ Corner” is first documented in 1733.

The Keats-Shelley Association paid for memorials for both poets, which were installed on the Shakespeare wall, and unveiled in 1954. The tablets are simple and elegant, with a carved marble “swag” of flowers and foliage uniting them. The inscription reads:

Keats himself predicted – or at least hoped and trusted – “I think I shall be among the English Poets after my death.”