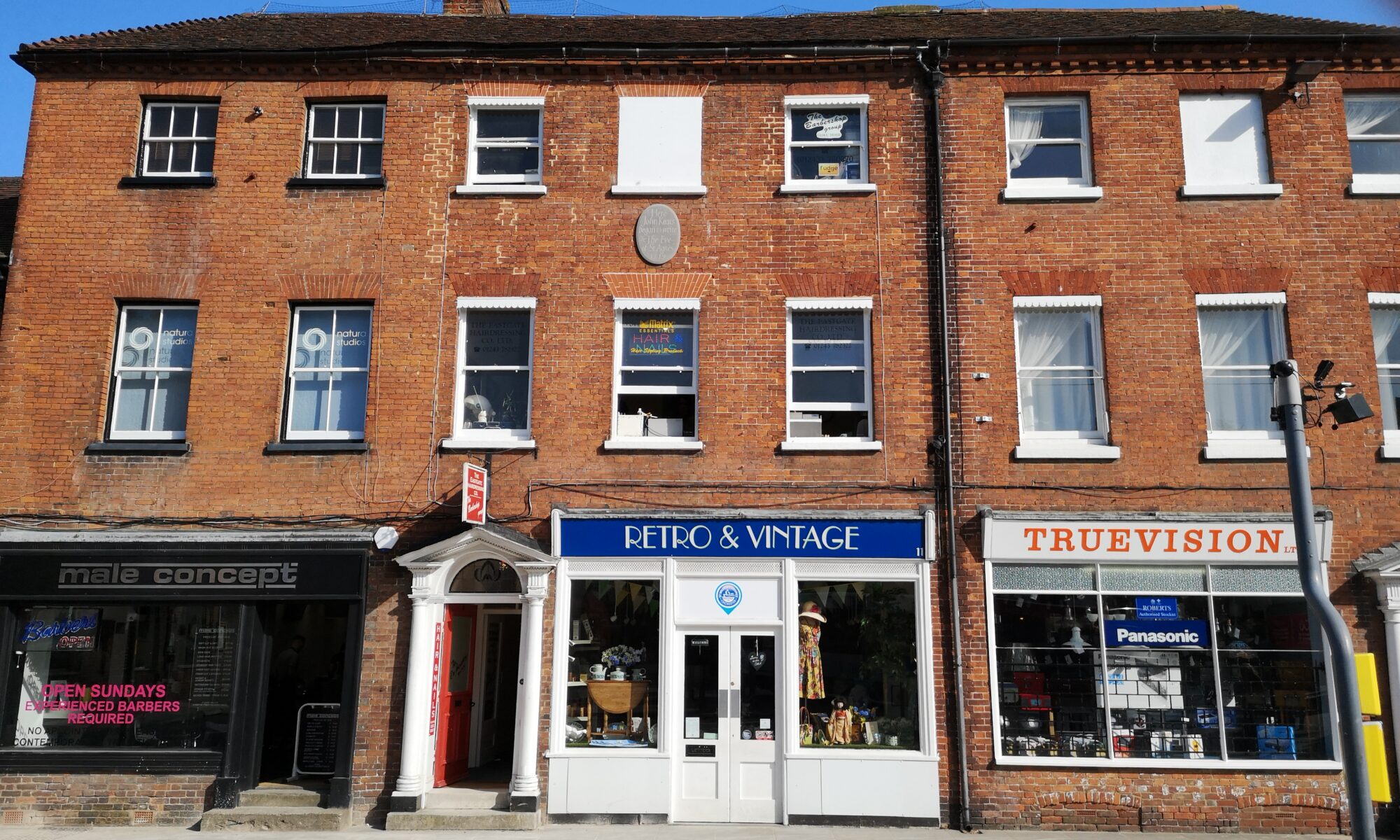 John Keats was staying with the parents of his friend Charles Dilke in their house on Eastgate Square, Chichester, when he began writing his poem The Eve of St Agnes.

John Keats joined Charles Brown in Chichester in January 1819, to stay with the elderly parents of their friend Charles Wentworth Dilke. Keats and Brown were only there for a few days before moving to nearby Bedhampton to stay with the Snook family, parents-in-law to Charles Dilke’s sister Letitia.

During this time, Keats was writing the first draft of his poem “The Eve of St Agnes”. The poem’s medieval setting was influenced by the beautiful old architecture of Chichester.

The Dilkes’ home was just outside the city walls, facing the East Gate. Keats visited the Gothic cross in the town square, and took a letter from Fanny Brawne to the 12thC cathedral so he could read it in privacy.

There is a plaque on the building commemorating Keats’ stay, directly above what is now St Wilfrid’s Hospice Retro and Vintage Store at 11 Eastgate Square. It reads:

There is also a statue of Keats, sitting on a bench just over the road, created by sculptor Vincent Gray and unveiled in August 2017. Behind it, a low stone wall winding along the roadside bears a quote from his poem, “When I have fears that I may cease to be”:

When I behold, upon the night’s starred face,
Huge cloudy symbols of a high romance

Chichester is an idyllic English city, surrounded by beautiful countryside, and well worth a visit in its own right.