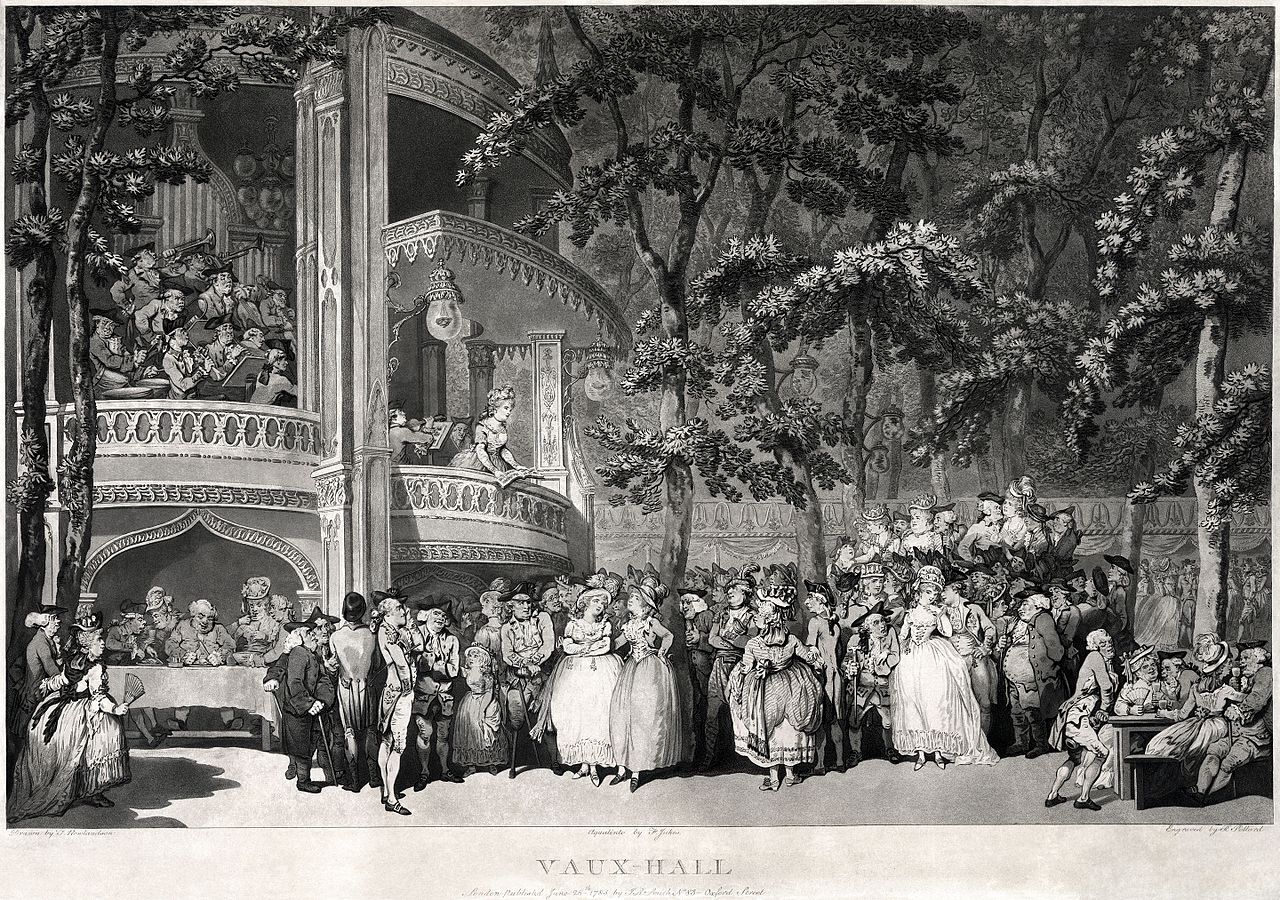 Vauxhall Gardens was an extensive pleasure garden on the south bank of the Thames. It is now a (relatively bare) public park.

Vauxhall Gardens has a long history, with the park dating back to c.1660. It was developed into a pleasure garden during the period 1785-1859, and boasted a risqué reputation. In his biography of Keats, Andrew Motion observes that “the Vauxhall Gardens epitomised the style as well as the tawdriness of Regency London”.

Keats visited the Gardens in August 1814, and spied a beautiful woman – the fairest form he’d ever seen or imagined. He didn’t approach her, but wrote the poem “Fill for me a brimming bowl” describing the torment of being caught between the distractions of his attraction to women and his desire to concentrate on “The Classic page, or Muse’s lore”. Motion describes it thus: “He longs to push women to the side of his mind; he cannot resist pulling them towards the centre.”

Keats is still thinking of this woman in February 1818 when he writes the poem beginning “Time’s sea hath been five years at its slow ebb”, which is dedicated “To a Lady Seen for a Few Moments at Vauxhall”.

Obviously this glimpse of a woman he never knew embodied some ideal sense of beauty for him. We can try to imagine her for ourselves, with “the melting softness of her face” and her “bright eyes”, but we’ll never know what Keats himself saw – or what his memory later conjured.

The pleasure gardens were permanently closed in 1859, and were built over. However, a slum clearance in the 20th century opened up the area again, and there is now a public park taking up much of the same space as the gardens Keats would have known.

The banner image is “Vauxhall Gardens” (1785) by Thomas Rowlandson, sourced on Wikimedia Commons.