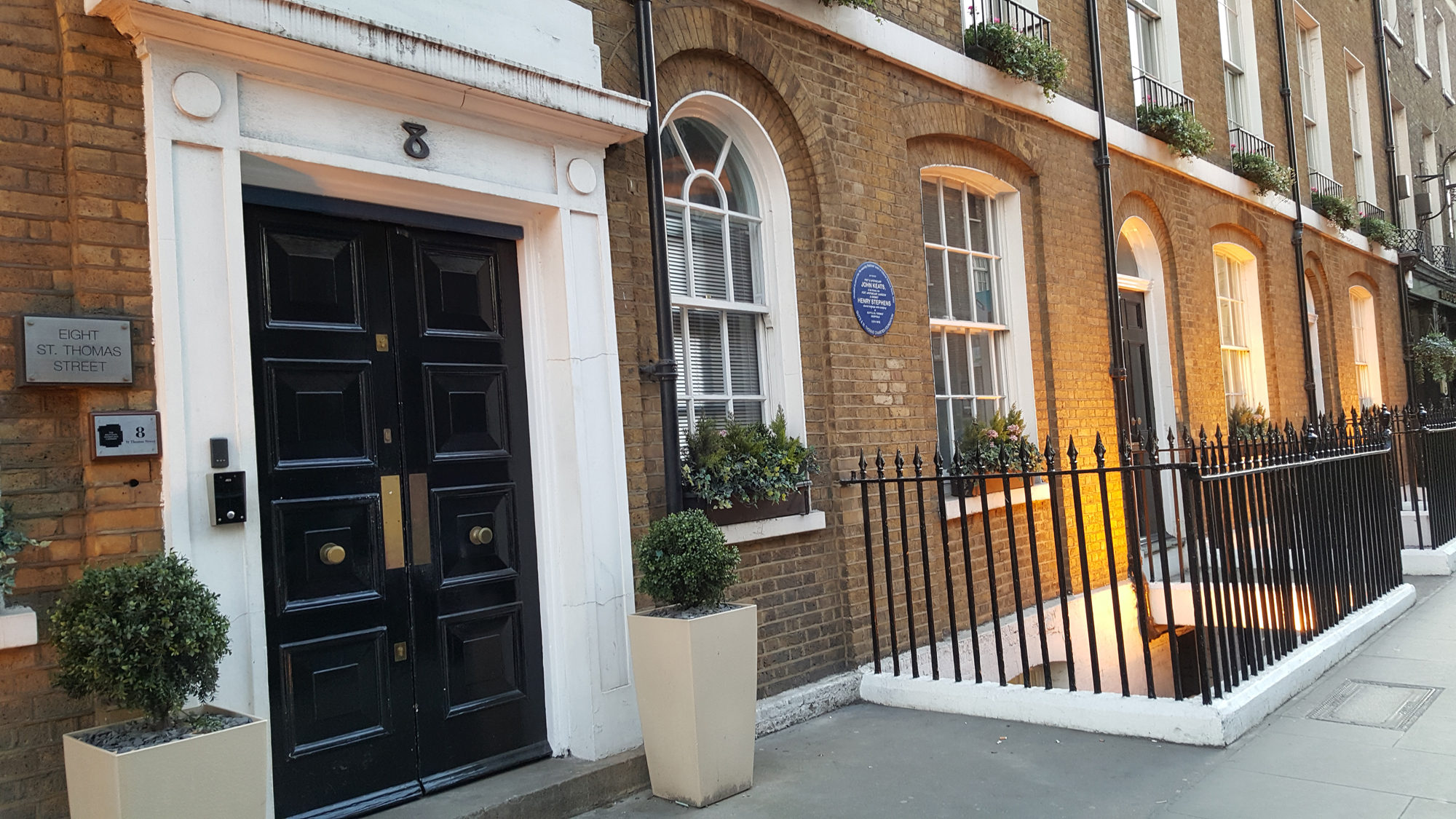 In Keats’ time, this terrace house was owned by a tallow chandler named Markham, who let out rooms as study-bedrooms, with a communal sitting room. It is very convenient to Guy’s Hospital, with the main gates just down the road.

Keats moved in as a lodger soon after he began studying at Guy’s in October 1815. Initially, his fellow lodgers were George Cooper, a dresser at Guy’s, and Frederick Tyrrell, a surgeon’s apprentice – both older than him and with much more experience. Cooper and Tyrrell finished their courses and moved away at the end of 1815.

Keats then invited two fellow students, Henry Stephens and George Wilson Mackereth, to move in with him. Stephens wrote that Keats “was always at the window [of their sitting room], peering into space, so that the window-seat was spoken of by his comrades as Keats’s place”.

After passing his exams and qualifying as an apothecary in late July 1816, Keats decided to take some time off during summer. He and his youngest brother Tom went to Margate in Kent – and when they returned to London, Keats had arranged to live in different lodgings.

The facades of these residences are original, but the rooms behind have been converted into a network of offices associated with Guy’s and St Thomas’ NHS Foundation Trust. I was lucky enough to work there for a while, actually in Number 8! (Though I can’t remember now if we were on the first or second floor…)

The building bears a blue plaque – not an official English Heritage plaque, but one placed by the Guy’s and St Thomas’ Charities Foundation – commemorating Keats and Stephens sharing lodgings there while studying at the hospital.