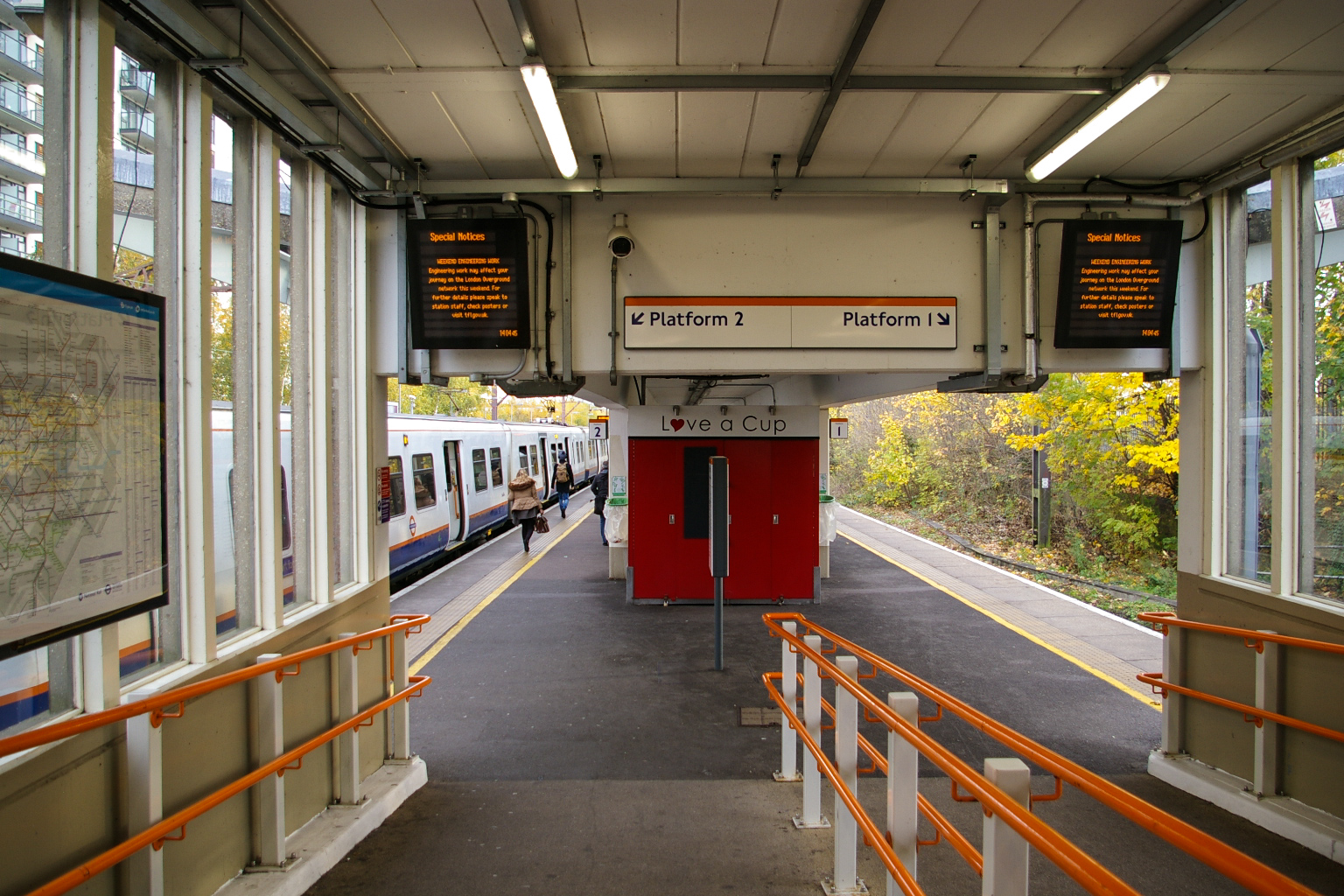 Keats and his brothers attended Clarke’s Academy in Enfield as boarders.

This school in Enfield was run by headmaster John Clarke, and his son Charles Cowden Clarke (who was a particular friend of and mentor to Keats). Keats’ uncle Midgley Jennings had attended the school, so there was already a family connection. There was, presumably, also the desire that the boys were educated in this liberal, even progressive establishment rather than the more traditional Harrow.

John and George Keats were enrolled in Clarke’s Academy in summer 1803, when Keats was seven years old, having both already attended a dame school. They continued at Clarke’s until the summer of 1810, when Keats was apprenticed to Thomas Hammond in Edmonton, and George began work in London.

The village of Enfield was at that time separate from London, and sounds quite idyllically rural and well-to-do. Keats’ grandparents lived in nearby Ponders End, though his grandmother Alice Jennings later moved to Edmonton (two miles from Enfield) when his grandfather John died in 1805.

“The school occupied a handsome three-storey building of dark red brick. It had been constructed … in 1672, and decorated with pedimented gables and a pillared facade ‘wrought by means of moulds into rich designs of flowers and pomegranates, with heads of cherubim over two niches in the centre of the building’.” (Keats, Andrew Motion, p23)

More importantly for Keats, there was a large garden stretching back behind the house. The image of this schoolboy reading The Faerie Queene in a “rustic arbour” at the edge of the garden near the woods, is just too sublime for words.

When the railway finally reached Enfield in 1849, the tracks were laid down through that long garden, and ended at the house, which became the train station.

The house was later demolished in 1872, and replaced by a new station (which in turn was demolished and replaced). The ornate facade of the original house was saved, however, and purchased (for £50!) for the Structural Collection of the Science Museum, then part of the South Kensington Museum. This is now part of the Victoria and Albert Museum; the V&A website currently lists the facade as being in storage.

A modern train station (dating to the 1960s) now stands on the site of the house and former school, with a plaque acknowledging the connection to Keats. This station is still the end of the line, so at least you can sense the location and orientation of the original house and garden! The only thing here is to see, however, is the plaque opposite the ticket office. 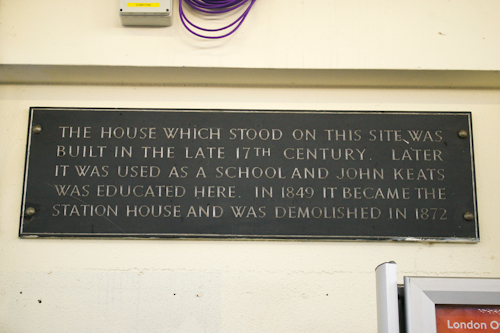 The house which stood on this site was built in the late 17th century. Later it was used as a school and John Keats was educated here. In 1849 it became the station house and was demolished in 1872 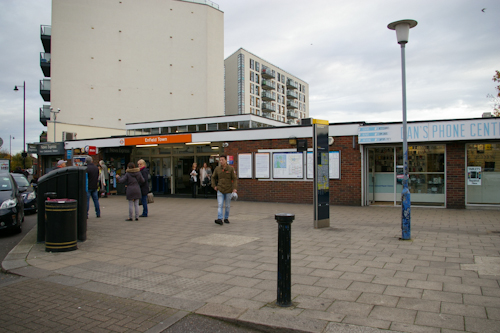