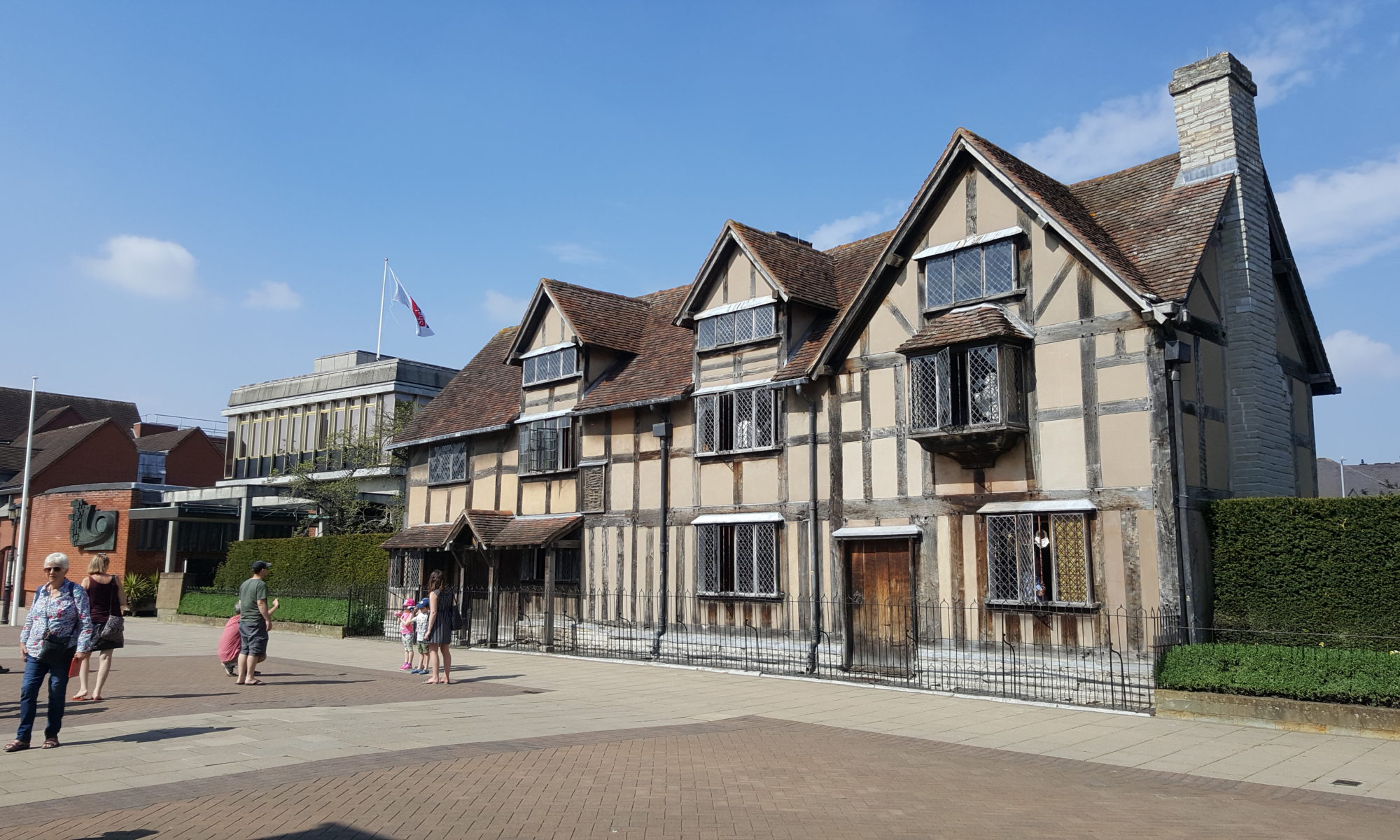 Keats and his friend Bailey visited The Birthplace and Holy Trinity Church in Stratford-upon-Avon.

Keats was staying with his friend Benjamin Bailey, in Bailey’s rooms near Magdalen College in Oxford. Towards the end of their month together, “they decided to pay homage to the presiding genius of their friendship”. (Keats, Andrew Motion, p193)

On 3 October 1817, they caught a coach to Stratford-upon-Avon, and visited Shakespeare’s birthplace (the house on Henley Street) and resting place (Holy Trinity Church), before returning to Oxford.

They signed the visitor books in both locations – though Bailey later indicates that they (also?) signed the bedroom wall in The Birthplace. If so, they were not the only ones! There was a grand tradition of signing either the walls or the panes of glass in the window. The much scratched window was eventually replaced, but is currently on display (protected behind glass!) in the house.

Bailey gives his ‘Place of Abode’ as ‘Oxford’, while Keats – mischievously? seriously? in a state of negative capability? – gives his as ‘everywhere’.

At the Holy Trinity Church, Keats provides the same place of abode – but in Latin this time: ‘Ubique’. Bailey then follows with ‘Ubi’, which I believe means ‘when, where’ in Latin – perhaps adding a question mark…? I am not learned in interpreting such things. But bless their hearts!

I assume, if you have the chutzpah or scholarly credentials, you could also ask to see the original visitors books in the archives.