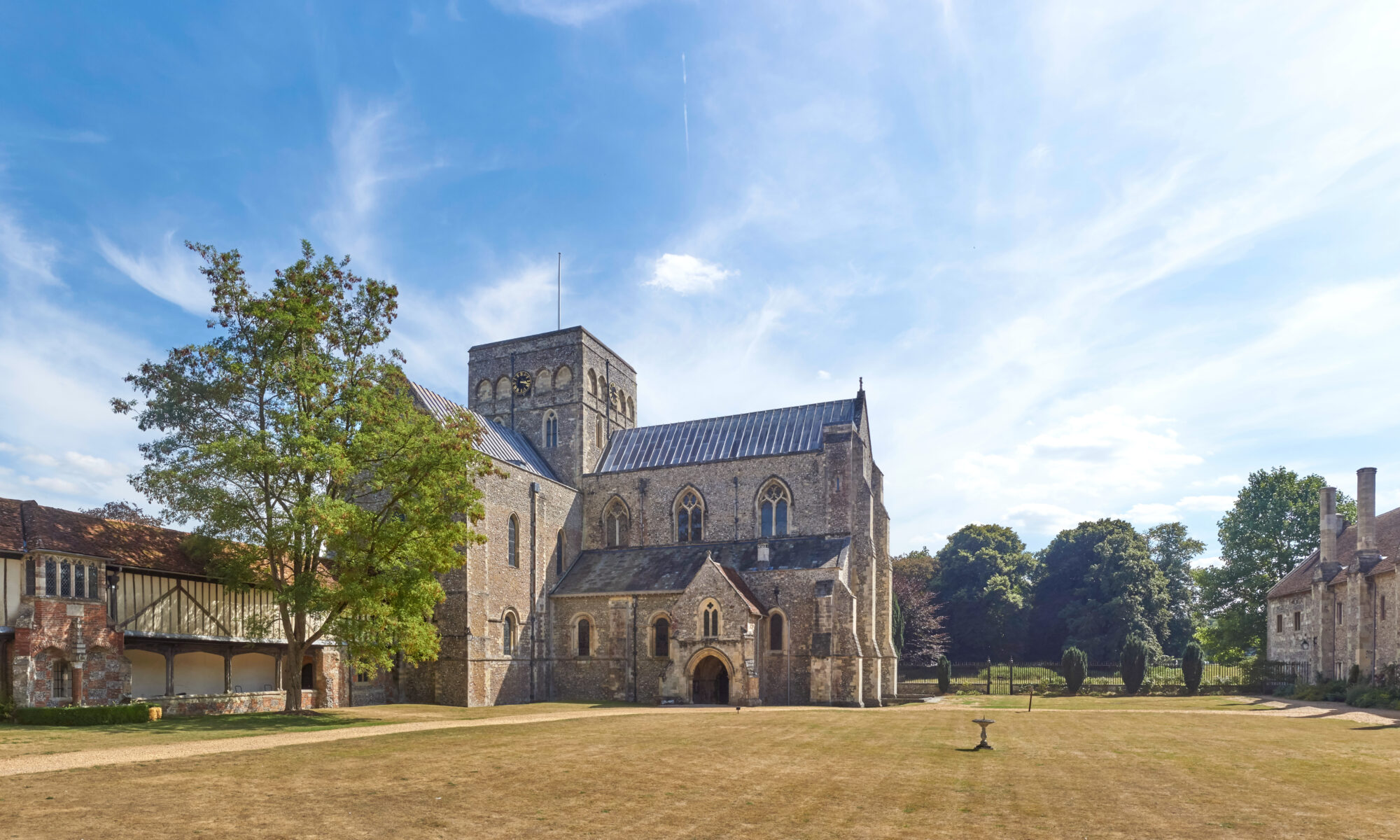 Keats visited Winchester from mid August to early October 1819, and famously wrote his ode “To Autumn” there.

John Keats travelled to Winchester from the Isle of Wight with his friend Charles Brown in mid August 1819. Keats was in need of a library while he and Brown were labouring over their play Otho the Great. In a letter to Fanny Brawne, he says, “This Winchester is a fine place; a beautiful Cathedral and many other ancient buildings in the environs.”

On 28 August, Keats writes to his sister saying Winchester “is the pleasantest town I ever was in”, and “the whole town is beautifully wooded”. Unfortunately he had not found a library tolerable enough to satisfy him.

When writing to his publisher, John Taylor, on 5 September, Keats recommends the location: “Since I have been at Winchester I have been improving in health – it is not so confined – and there is on one side of the city a dry chalky down where the air is worth six pence a pint.”

Apart from the play, Keats has been writing “Lamia” and revising “The Eve of St Agnes”, among other poems. He seems to have found some genuine peace and happiness while staying in Winchester.

Unfortunately for such a creative period, Keats is prompted to leave abruptly for London on 10 September 1819, having received a letter from his brother George. Having done what he can about their difficult financial situations, however, Keats returns to Winchester on 15 September.

Keats was in the habit of taking a regular walk down through the Itchen’s water meadows to the Hospital of St Cross, and then back up over the downs. This walk – and in particular the view from St Giles Hill – inspired him to write “To Autumn” on his return to his lodgings on Sunday 19 September.

Charles Brown re-joined Keats in Winchester on 1 October, and they expected to return to London a week later.

I seem to have lost my own photos of Winchester – which is both strange and ironic, as it was perhaps the place I revisited most in England. My first trip was taken in order to follow Keats down along the Itchen to St Cross (though I came back the same way rather than over the hills). I deliberately went in autumn, of course! But I returned time and again, in all seasons.

The building in which Keats and Brown lodged has been demolished, but is thought to have been very near where the Visitor Information Centre is, on the ground floor of the Guildhall.

My other writerly hero is Jane Austen, who now rests in Winchester Cathedral. Indeed, the “Keats Walk” takes you along College Street past the house in which she lived her last months.

As Keats noted, the Itchen is indeed “a most beautiful clear river” – though I understand there was a serious effort taken in modern times to clean it up. The effort was perfectly successful! The water in the little stream one walks beside is as pure and clear as crystal.

I particularly fell in love with the Hospital of St Cross and Almshouse of Noble Poverty (to give it its full name). The historical buildings preserved here are remarkable, and the Norman/Gothic-style church is both beautifully sturdy and elegant.

Apart from all these delights, Winchester boasts remnants of the Saxons and the Romans, a ruined castle, a medieval hall (with a 13th century mock-up of Arthur’s Round Table), the 15th century City Cross, surviving portions of the city walls and gates, a Gothic-revival style Guildhall, and more. With all that and its beautiful setting in the Hampshire countryside, to me it feels as if it’s a quintessential piece of England.

The banner image was taken by Celuici in August 2018, and was sourced on Wikimedia Commons.