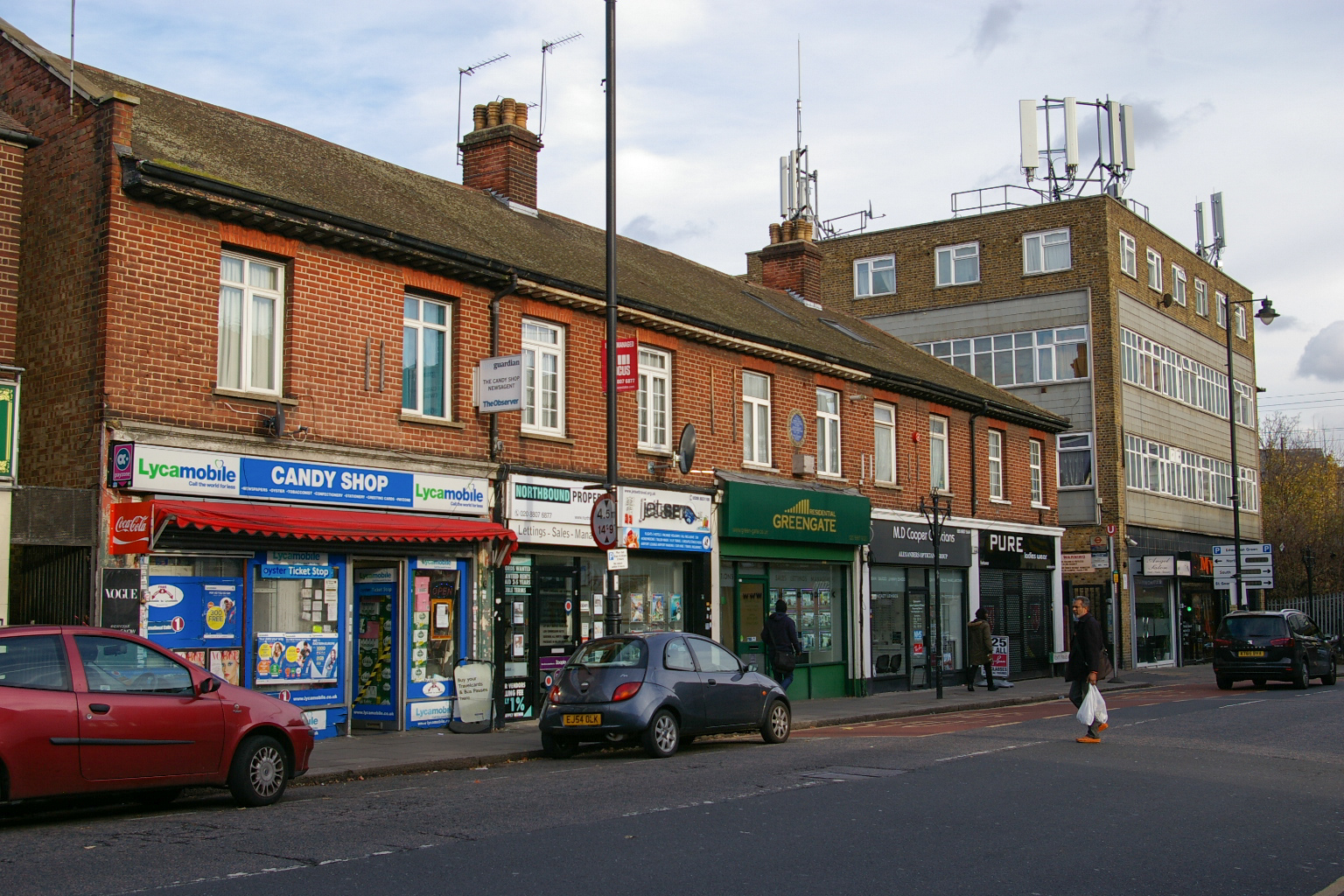 John Keats and his siblings lived with their grandmother on Church Street in Edmonton, and Keats later worked as an apprentice at Thomas Hammond’s surgery on Church Street.

Keats’ grandmother Alice Jennings had moved from Ponders End to Church Street in Edmonton after his grandfather John Jennings died in early 1805. When Keats’ mother Frances Rawlings (widowed and re-married) abandoned her four children, they went to live with the 69-year-old Alice. John Keats was nine years old at the time. I haven’t found a street number or any other details of Alice’s house.

Edmonton at that time was a village with a population of about 5,000, surrounded by countryside and separate from London. It was praised in a local history of 1819 as having “many advantages … the beauty of the scenery, the variety of the views, and its vicinity to the metropolis, would not be overlooked by those whose rank and fortune enabled them to select a suitable residence”.

(This is an interesting reminder that the Jennings were comparatively well-off, having successfully run the Swan and Hoop Livery Stables for many years. Unfortunately the financial and legal situation for the Keats children started going pear-shaped following their grandparents’ deaths.)

John Keats and his brothers attended school as boarders in the village of Enfield, which was two miles from Edmonton.

In early 1809, Keats’ mother Frances Rawlings returned to live with Alice and the children in the Church Street house. She was seriously ill, however, and died in March 1810. Despite his comparative youth, Keats nursed her devotedly throughout his school holidays.

In autumn 1810, when Keats was almost fifteen, he left school and began training as a surgeon-apothecary. He was taken on as an apprentice by Thomas Hammond, a neighbour in Church Street and the doctor who had attended both John Jennings and Frances Rawlings in their final illnesses.

The apprenticeship included board and lodging, and Keats took his meals in the main house. The surgery was based in a cottage behind the house, though, and Keats slept in the cottage’s attic.

Keats’ grandmother Alice died in December 1814. By this time, his three younger siblings were all based in London (George and Tom at work, and Fanny at school), so Keats no longer had any family near him.

His apprenticeship with Hammond was completed in mid 1815, and from October 1815 Keats was training at Guy’s Hospital in London.

The siblings and co-authors Charles (1775-1834) and Mary (1764-1847) Lamb also lived in Church Street, from 1833, in a house known at the time as Bay Cottage – and Charles died there in 1834. This is a private property, but there is an Edmonton Heritage Trail green plaque at the gate, and an English Heritage blue plaque on the house itself. The siblings are buried together at All Saints’ Churchyard, just across the road.

Thomas Hammond’s house and cottage at what was 7 Church Street were demolished in the early 1930s. The current buildings date back to that time, and feature a series of shopfronts at street level. The location is now known as “Keats Parade” in honour of the poet.

A plaque is placed at the centre of Keats Parade, above what is currently a real estate agency. It’s difficult to get a good photo, as there’s a ramshackle wooden box on the wall just below it! 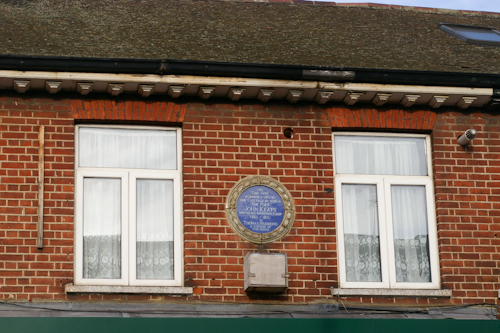 The earlier date is slightly incorrect, in that Keats’ apprenticeship began in autumn 1810.

Further along Church Street, on a corner where it meets Winchester Road, there is a small garden with a stone bench featuring a quill as its backrest. The paving at the bench’s foot is carved to commemorate the (male) literary connections of the area, Charles Lamb and John Keats. 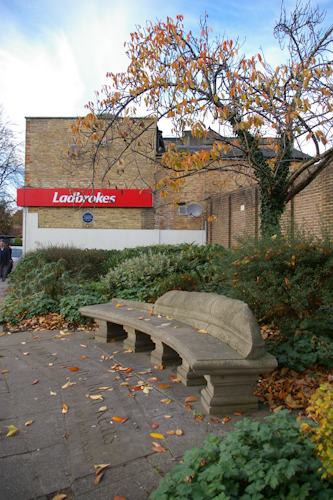 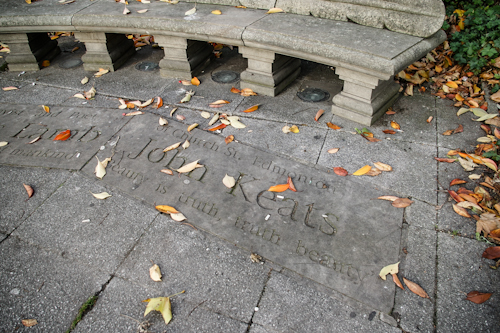 A pair of bronze reliefs also commemorate Charles Lamb and John Keats. These were created by sculptor George Frampton in 1898, and were originally displayed in the lobby of the Passmore Edwards Public Library Building on Fore Street.

The library building is now a mosque, however, and the bronze reliefs can instead be found at Community House, 311 Fore Street, Edmonton, London N9 0PZ.

Please note that this community centre is used by a wide range of people, some of them vulnerable, and anyone visiting should treat the staff and other visitors with respect. Also note that you will be required to sign in at the security desk.

Once in, follow the signs to the cafe (which serves darned good cake). Just before you get there you’ll find a junction of hallways, lifts and stairs. The bronze reliefs are on the wall under the staircase to the right. 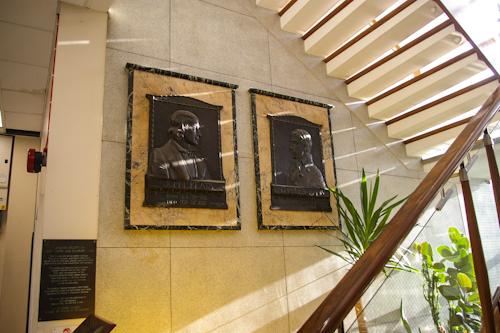