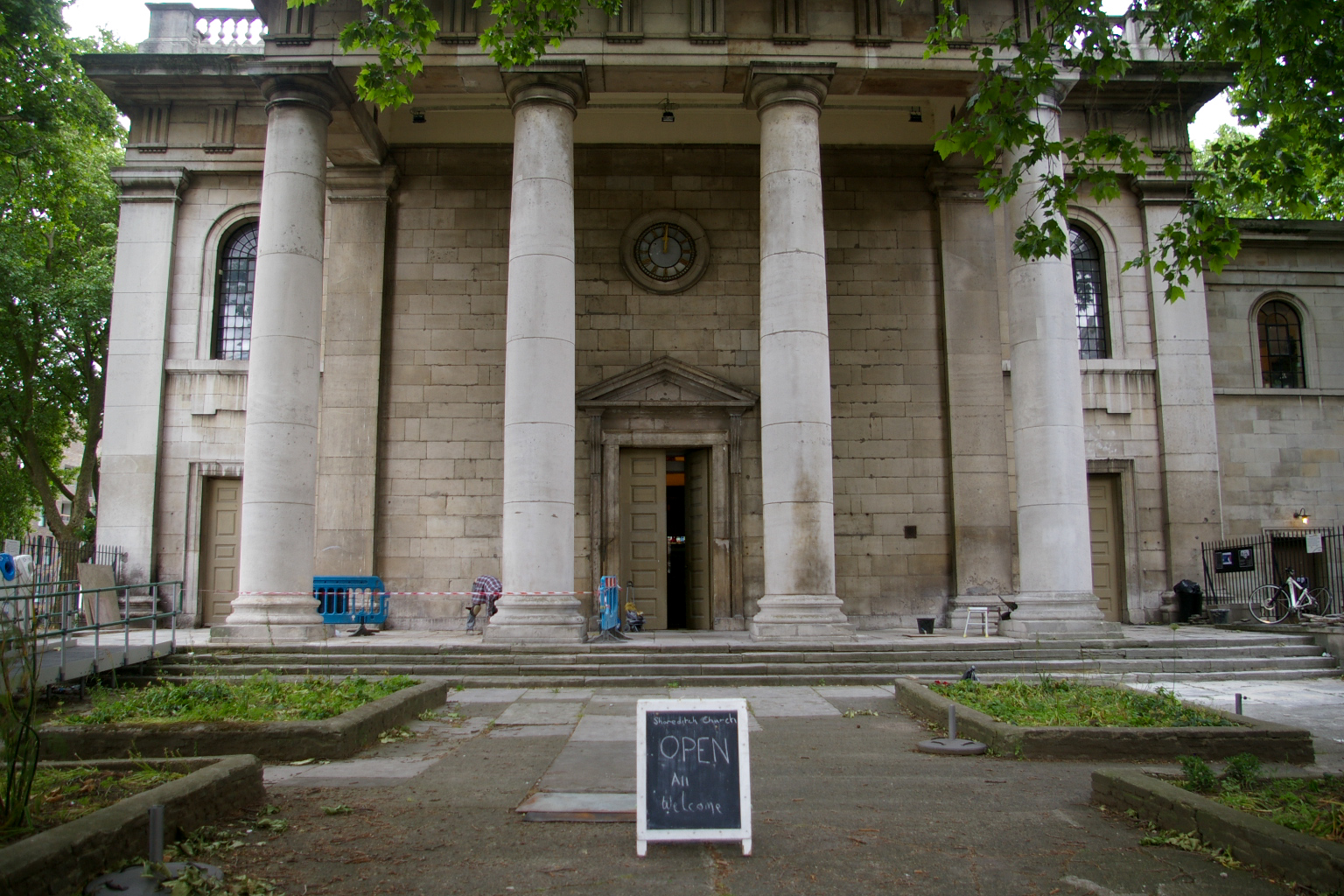 St Leonard’s Church in Shoreditch is where John Keats’ three younger brothers were baptised – all on the same day! 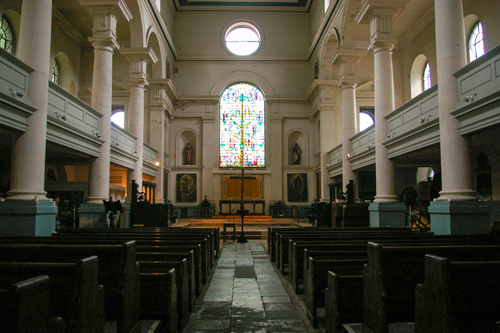 It is assumed that Keats was born at the Swan and Hoop in Moorgate, and he was certainly baptised at the nearby St Botolph’s in 1795.

By the time their next child was born in 1797, Thomas and Frances Keats had established their own family home in Craven Street, Shoreditch. Three sons were born to them there:

All three boys were baptised on the same day, 24 September 1801, at St Leonard’s in Shoreditch.

Unfortunately, Edward did not survive childhood, and died in 1802, aged only 20 months.

Rather more happily, a daughter Fanny was born in 1803, after the family had moved back to Moorgate.

There’s always so much history associated with these City locations!

St Leonard’s, also known simply as Shoreditch Church, stands where all the Roman roads joined up, including roads from Chester, Bath, Lincoln, York and Colchester. (All roads lead to London, in this case!) The Wallbrook river rose at the site, making fresh water available, though I assume it’s all underground now.

There was an Anglo-Saxon church, which was replaced by a Norman church, with mention of its first vicar in 1185. This Norman building became “the actors’ church”, as it was sited near New Inn Yard, the Theatre, and the Curtain. James, Cuthbert and Richard Burbage were buried in the church, as well as Richard Tarlton and Gabriel Spenser!

Given the nearby river and the high water table, the church was fated not to last. When it collapsed, the current building was constructed on top of it – and the old church that would have been known by Shakespeare became the crypt of the new one.

The current church dates to 1740, and was designed by George Dance the Elder. Its light and airy style was very innovative at the time, and initially wasn’t received well.

The Church’s Wikipedia page states that the font is one of the original 18th century fixtures – and, if so, that means it’s the actual font in which the three younger Keats brothers were baptised.

The Church is well worth a visit, though I suppose there’s no denying it has a fairly shabby, lived-in feel to it. That’s kind of refreshing, now I think about it! While pretty much everything but the ceiling needs a fresh lick of paint, the overall light colour scheme with a teal accent is just delightful.